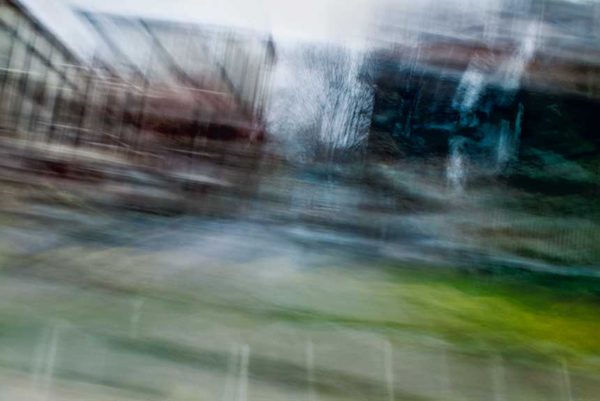 Fairly recently I sold a large black and white print from the Tropical series. An image of sculptural tree roots that had been scoured and cleaned by wind, water and sand. It was selected as part of a group of images that depicted nature for the recently completed Daniels Corp High Park Condo. They were looking for local artists and work that fit the High Park nature theme. I’m very proud of that print acquisition and it never would have happened if my friend JJ hadn’t alerted me to their interest and then pushed me to pursue them.

That image is from my early days after graduating from university when I used to process and print my film and prints in my windowless bathroom darkroom in my small cockroach infested apartment in downtown Hamilton. It was a crazy setup with my enlarger on the toilet seat and a large wood tray sitting on top of the bathtub to hold the paper processing trays and film tanks. I’d rigged up a nutty plumbing fixture attached with taped up rubber hoses clamped to my bathroom sink taps so I could regulate water temperature and fill the washing tray and film washing tower. I could never stay in there long because I’d get headaches from the stuffy air. I would come out into my bedroom between prints or film rolling gasping for air.

It’s ironic I was producing nature imagery while living in the heart of heavy industry.