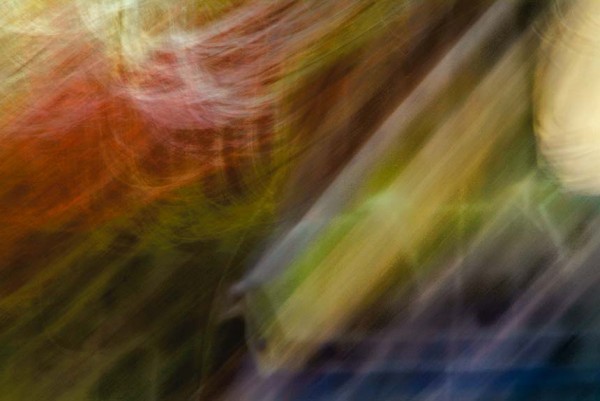 Writing a blog post every week for the past year has certainly helped focus my thoughts about what I’m making. This idea of chaos vs order is clearly fundamental to what I’m exploring. Until recently I could really only articulate my work as pattern seeking – an effort to illustrate the underlying patterns in the chaotic motions of things around me.

Now, I think pattern seeking a by-product – ultimately my interest lies in order that can be found in chaos – that what appears chaotic is actually subtly ordered. It’s my job to reveal order in this apparent chaos.

There is another idea I’m intrigued with that Stephen Wolfram discussed in a Ted talk – that simple systems can create complex patterns. I recently read a post where he discusses his book A New Kind Of Science. In the post he talks about nature sampling a brood spectrum of the computational universe and the patterns that result. This post and his demonstration of the complex patterns that can be generated by simple cellular automata made me contemplate that I too am a complex pattern in a simple system – a pattern generated by the simple rules of my DNA, that in turn arose from the simple rules or our computational universe.

This notion of complexity generated from simplicity appears on many other levels – like for example, the complexity of the human brain, generated from a relatively simple segment of our DNA code. Our brain’s complexity lies in its redundancy and the parallel repetition of simple structures within it. Or for example, how we are able to perform extraordinarily difficult feats of pattern recognition simply because of this massively parallel nature of our brains – something we are hard pressed or unable to perform with today’s computers.

I think, given the relative simplicity of the laws – the fundamental structure, elements, particles and sub-atomic particles etc – of our universe, coupled with the innate pattern recognition skills or our brains,  there is massive opportunity to find unforeseen order in the apparent chaos of our world – that what appears to be chaotic at first glance, may in fact be subtly ordered on some scale(s).

I’m toying with the idea of our universe as computation system, with the manifestation of complex patterns such as ourselves, spontaneously arising out of the apparent chaos –  generated from the rules of our universe.

Thus, I am a pattern seeking patterns.