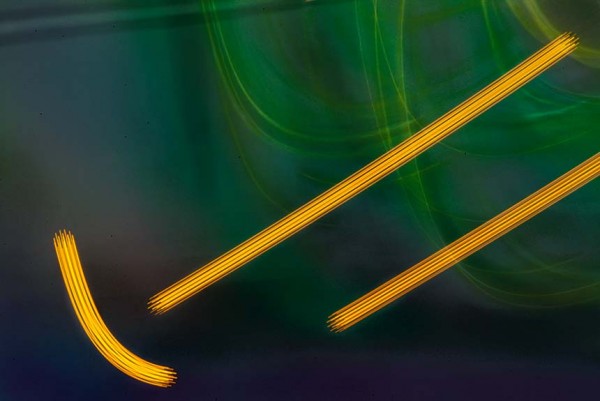 For a long time I’ve thought of my creative interests in terms of coincident cycles or alignments. Everything – literally everything around us, is in constant motion at some level and often on multiple levels. My thinking is all this movement has rhythm and is cyclical in nature – that interesting things happen when these cycles coincide, reinforce or cancel each other – like interference patterns in waves. I’ve always thought of the coincident cycles as alignments. Similar to how the planets cycle around the sun and from time to time align in interesting ways presenting us with spectacular eclipses.

I consider the constant movement and cycling of everything around me as chaotic noise – at times overwhelming – at others simply awesome. When I began to think more deeply about the kinds of things I was photographing and the why of it, I started to think about my method, the attractions for me and my state of mind as I worked. I noticed when I was most focused and centered within I was most adept at sensing and anticipating alignments in the elements around me – that it was the alignments that drew me in. These were the moments when interesting things happened. The alignments had a symmetry to them – they were an abrupt and tenuous formation of order in the otherwise apparently chaotic movement around me. They were little eddies of calm in a stormy sea of activity.

In a way, I think of the movement of everything as a complex sound wave. I believe it was Fourier who discovered that all sound waves could be deconstructed into individual sine waves no matter how complex the sound. I think all the seemingly chaotic movement around me can be similarly broken down into individual orderly cycles – just as sound waves can.

Frankly I’m not interested in breaking down the movements of things into their individual cycles – although at times I will become fascinated with the repetitive movement of some individual thing – I am really only interested in the cool things that result when all these movements intersect and align – hence,  the summation of my actions as – order from chaos.