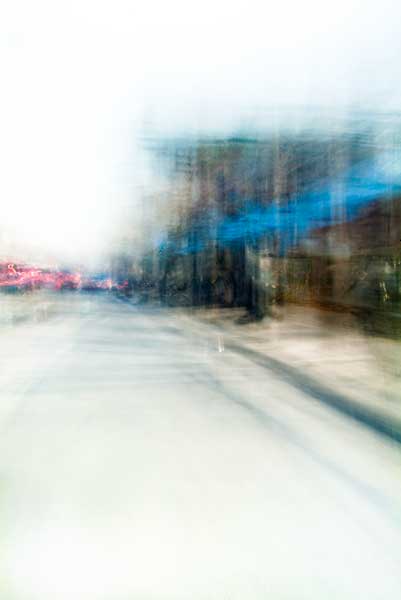 Last night I went to hear an artist friend give a talk. Later, I had a dream where I was speaking with him at his studio. As I wandered around I picked up an unfinished piece and I’m embarrassed to say I damaged it, but fortunately my friend was generous about it.

Then the dream abruptly changed and we were standing in a large book store with shelves of glossy colourful photography books and swinging his arm wide at the racks and racks of books he said – “I have no idea where this is all going.”

This is of course my own insecurity speaking – not his. But in thinking about this statement I realized a few things. We now have access to extremely powerful cameras and software that can make ever more vivid and hyper-real imagery and if everyone is able to make these images what distinguishes them – where is the artistry.

Despite the ease of photo production or perhaps in spite of it – the key to artistry is interpretation. Likely this is true in all artistic mediums but perhaps less obvious with photography because of it’s mechanical, graphic nature. I was reminded of interpretation last night when I saw an image by Ralph Eugene Meatyard called Fog, from 1955 – to me, this is a superb example.

Interpretation has been a hard concept for me to acknowledge. I spent my photographic formative years studying technique from Ansel Adam’s books and his landscape/documentary aesthetic. I came to feel that was the right way to make artistic images and in doing so denied or perhaps sublimated my own intuition about creativity.

It’s clear to me now, the way forward and the answer to my friend’s dream statement – is interpretation. The tools and the ease of production aren’t relevant, it’s what you do with them.