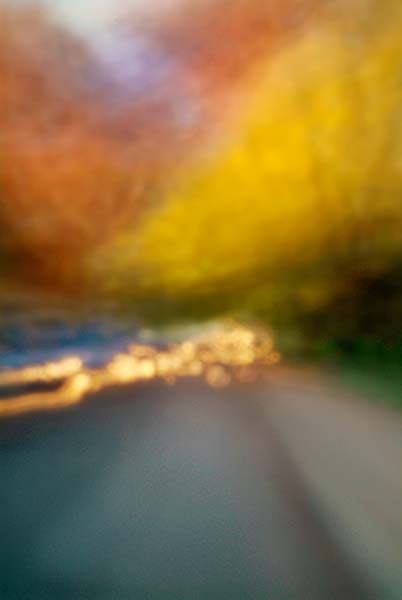 I’ve been thinking more about movement in my images. This is a long standing theme going back to my early days in black and white. There’s something about swift passage that’s slightly hypnotic and releases my creative right brain.

This new work is entirely about movement – with a definite destination – the distant, infinite centre. Perhaps the future? The shapes are still there but converging on this infinity point. I guess this is consistent with my future seeking and my persistent pursuit of youthful health – it’s on my mind or rather has been on my mind for a long time.

So far the images are lyrical, poetic and dreamy. Kind of hazy and slightly distant but still somehow reminiscent of reality and impressionistic. It’s been fun shooting but more complicated than usual and harder to maintain my creative concentration while dodging traffic and sustaining some form of safety – lots to keep in mind on both sides of my brain.

I think a lot about what I’m trying to do creatively and this morning found a quote in a Kathleen Ann Goonan story called Girl in Wave : Wave in Girl that says it much better than I’ve been able to so far. “I want to be able to replicate it in other mediums. I want to study it, and give voice to what I see. Maybe my voice will be a new voice, or maybe my discoveries will have been made before, but I want to be a part of that music…. I see the potential of entering the phenomena I’m curious about in new ways, seeing them from different angles. It is a form of love.”

Here’s a shot of the funky pinhole camera rig I’ve devised for creating this body of images.