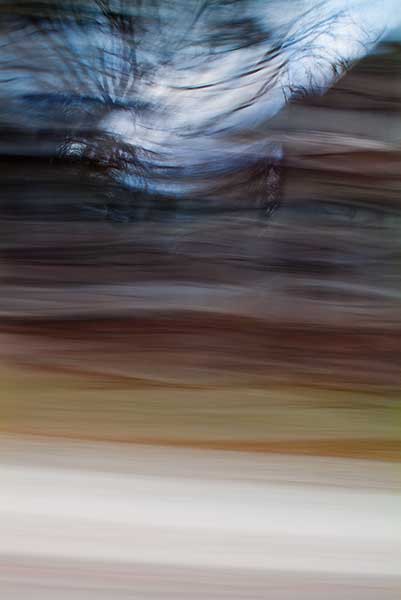 There’s always an urgency for me when I’m shooting. Most of what I see in the world is fleeting and short lived – a momentary alignment where the light, the shadow, the subject, the colour, the framing – all of it are perfect. Where it matches my mind’s eye.

When I first began as a photographer this really frustrated me. I could almost never move fast enough to capture these elusive moments. My equipment was much slower then and I was not as familiar with it as I am now. But faster equipment could only take me so far. At one point, I imagined having a continuous image stream would solve the problem – that I could later sift through to find that perfect moment. But I soon realized that idea was so problematic it would make more trouble than it solved.

In the end I got familiar with the circumstances that might lead to a moment and would prepare myself in the hope it would actually happen. It became mostly a waiting game.

Ironically, my last four bodies of work have incorporated all of these methods, including a mediated continuous image stream – where I pull the trigger often during the right circumstances, trying to catch the perfect alignment.