I poured the next layer of resin and damn if it didn’t go REALLY well – especially after all my anxious planning and scheming. I switched my measuring and second stage mixing gear to glass away from plastic after I found during extensive vacuum testing – which almost melted my pump – that the plastic was actually porous and introducing new air into the resin mix – who woulda thunk that?!! 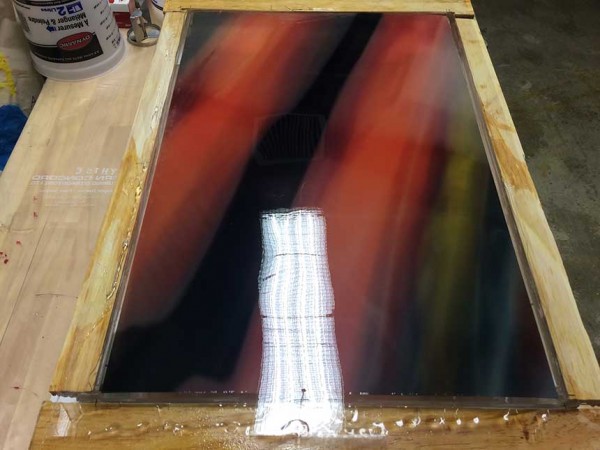 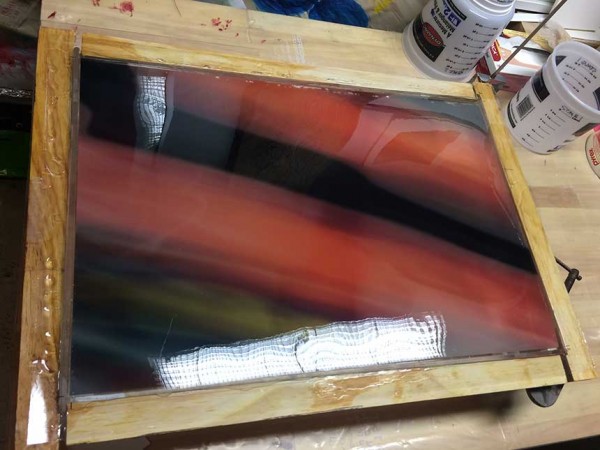 The pour had virtually no air bubbles and I poured it oh so delicately to not introduce new bubbles – which actually went very well. The roll out of the first ink transfer layer went very well also with no new air introduced and minimal overflow of resin.

I felt really good that night – a huge sigh of relief that I was finally successfully underway. Riding that high I took a look at the piece the next morning to further revel in that feeling of success. And this is what I saw… 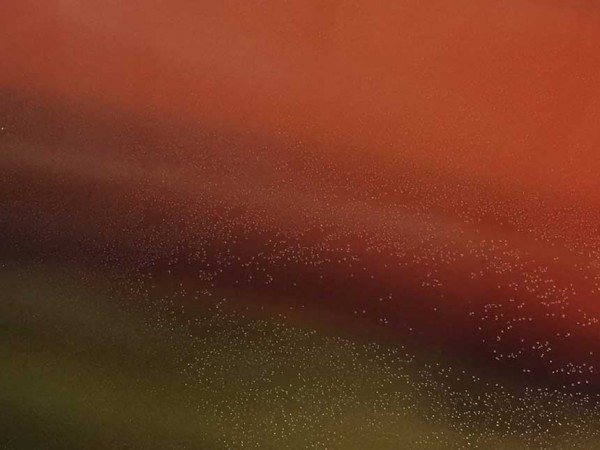 millions of teeny tiny bubbles all over the place where exactly none had been the night before. What the hell! For two days I hummed and hawed over this with friends and associates, also examining it carefully with a loupe trying to understand what had happened. 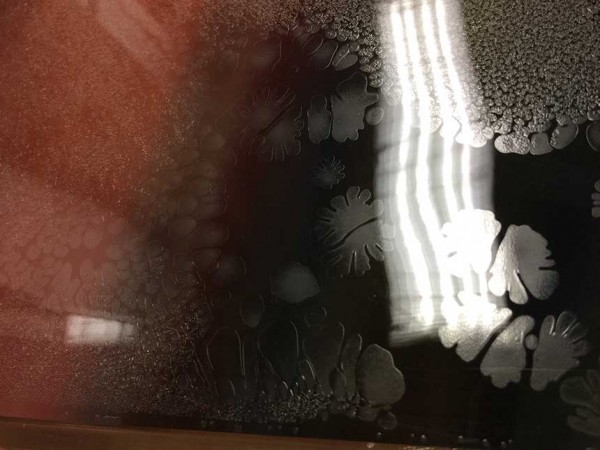 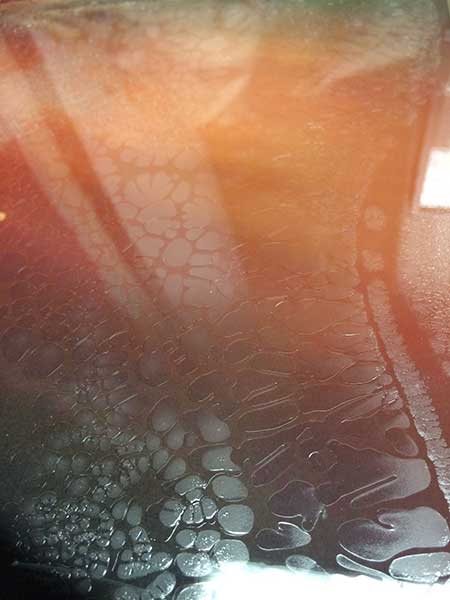 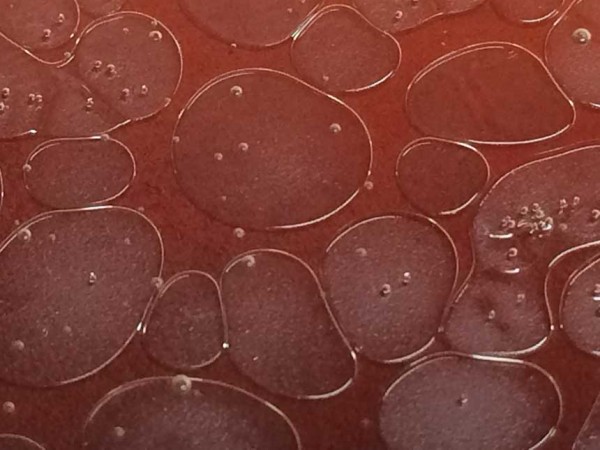 Yep, that’s the end of that. You can see the teeny tiny bubbles are still there but these new pancakes have developed underneath at the surface of the backlit film. I’m still not entirely sure what reaction is going on here but HOPEFULLY it’s the backlit film material and NOT the ink. I’m about to do another pour over top of the first ink transfer layer – which by the way went pretty well also – surprise surprise. And guess what, the mould released perfectly too leaving an almost perfect block of resin – wow, so much success only to be crushed by this unknown, unforeseen problem. Depending on if new pancakes emerge after this next test pour or not should tell me if the ink is reacting with the resin or not. Oh, and then one side of the mould broke off – gotta re-glue that too. What next?!!

Needless to say … I am very upset – and anxious about this next test. If pancakes appear, that’s it for using this urethane resin and back to testing other materials – resin or otherwise. Gah, so close!