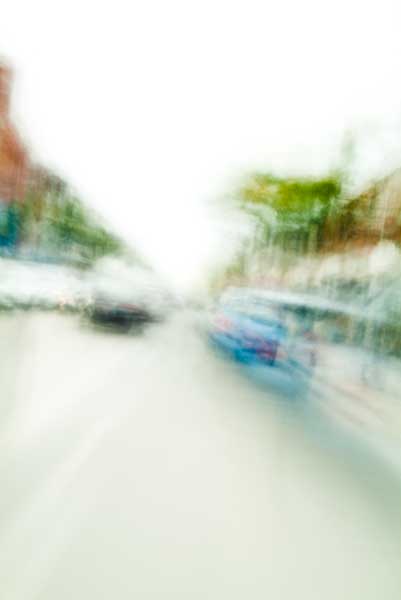 We take this entirely for granted but if you think about it, the simple fact that we stand and move about erect perpendicular to the ground and gravity is mind boggling.

Forget that you’re standing on the surface of the earth for a moment and imagine you’re instead standing on a soccer ball lets say. A soccer ball that is just hanging there in empty space. No big deal, no problem with balance or anything.

Now imagine the soccer ball is inflating getting bigger, so big you can’t see past the edge of it – then even larger. Imagine this ball is spinning with you attached to it so you’re facing the direction of spin – faster and faster, buts that okay you’re not dizzy… yet, because there’s nothing to indicate you are moving. Remember, you’re in an empty space with nothing but the ball as a frame of reference.

Now imagine in addition to the spin, the ball itself begins to move in a large orbit in the direction you’re facing. Faster and faster, compounding the spin. Don’t get sick.

Now imagine the orbit is itself orbiting in the direction you’re facing – or if you’re brave imagine it’s orbiting off-axis perhaps sideways or in reverse in a much larger orbit.

This is in fact what you are doing right now on the surface of this Earth – assuming the spin and orbit directions are correct. It’s probably much worse, since there are other additional orbits, directions and movements to consider. Who knows exactly how fast we’re actually travelling at any moment and what crazy corkscrew path we’re on.